By: Rodney
In: Attractions & Things to do, Coast & Beaches
Tagged: dapeng

Egong Bay is an inaccessible bay on the west side of Xichong. The beach is backed by mountains and faces the sea. A silver-white waterfall behind the beach flows from the foothills to the blue sea. 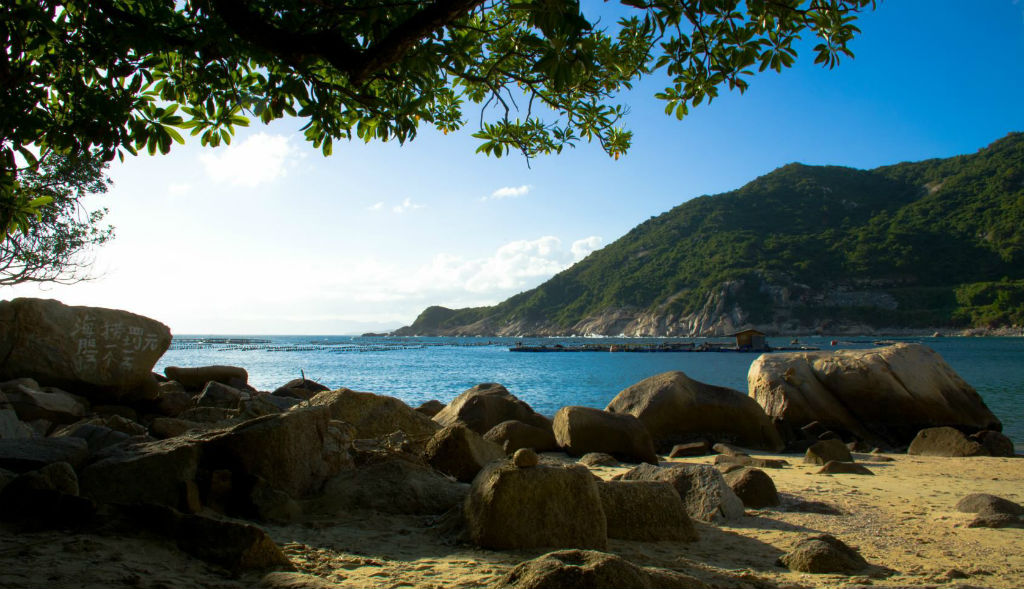 Egong Bay has a coastline of only 500 meters and it is claimed to be the best beach in Shenzhen with soft sand and beautiful natural landscape making it great for sightseeing and photography. An artificial fish reef was built in 2007, which provides venues and facilities for visitors to observe underwater corals and aquatic animals.

In the north of Egong Bay, there is a small 30m tall waterfall called “Egong Waterfall.”