As one of the top shopping destinations in Shenzhen, Huaqiangbei Commercial Street (华强北) is renowned for its electronics markets, but it also has plenty to offer those looking for men’s and women’s fashion.

The shopping area starts where Huaqiang North Road (aka Huaqiang Bei Lu) intersects with Shennan Middle Road and then all the way north through to Hongli Road totaling about 1km in length. Recently revitalized after 4 years of construction work, Huaqiangbei Road is now a modern pedestrian-friendly shopping mecca that is mirrored by an underground mall stretching the same distance, the largest of its type in China. 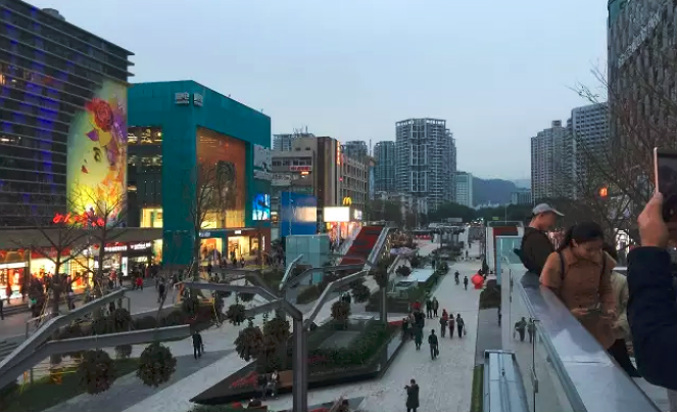 The side streets and the streets running parallel to Huaqiangbei North Road (namely Huafa North Road) are also full of life too, making this an incredibly large shopping destination for wholesale electronics and components plus retail shopping.

The area is reported as being the largest electronics market in China, and possibly one of the largest in the world, which stands to reason as Shenzhen is a major producer of electronics goods, and it’s a city where many big brand tech gadgets are produced.

There are over 20 shopping malls located in the Huaqiangbei area which provides about 70 million square meters of business area. Annual sales reaching over 20 billion, and there’s something like 130,000 people employed in the area. Yep, it’s large.

For the first time visitor, it can be almost overwhelming, with so much spread over such a huge area where do you start? So, let’s try to break it down a little.

The big malls for electronics and gadgets include:

Plus many many more including the chain store electronics retailers Gome and Sunning which have several outlets in the area. 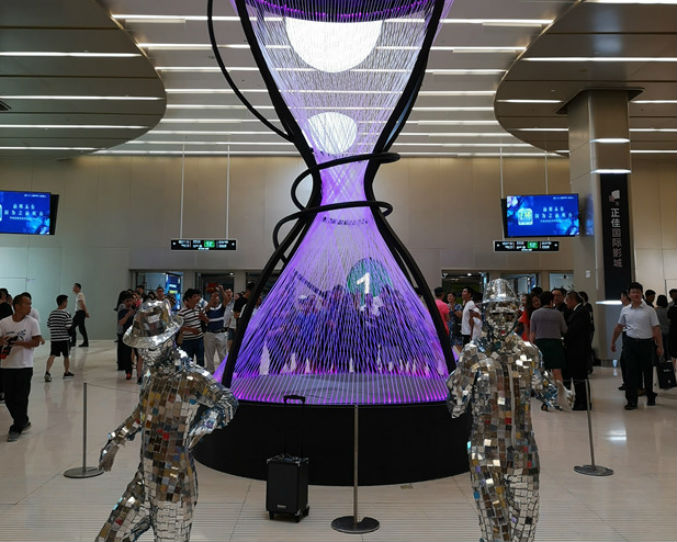 9 Square Mall  (九方购物中心) – it’s the largest mall in the area and is located on Zhonghang Rd. It’s a modern seven-floor mall that spreads across three buildings. It has a large BLT supermarket, and eateries on B1, several floors of fashion, and an IMAX theatre.

Carnival Clothing City (嘉年华外贸服装城)- lots of copy/seconds name brand clothes, haggle for a great deal. I kinda like this place, on one visit I picked up a pair of Nike airwalks for 100RMB and they are still going strong.

MAOYE Department Store (茂业百货) – Men’s and Women’s Fashion, accessories, beauty products. Retail department store that is very popular with locals. B1 floor is all food and good value, there is also a supermarket here.

You won’t go hungry at Huaqiangbei either as there’s plenty of options including the popular western chains like KFC, McDonald’s, Burger King, Pizza Hut, Starbucks, many local restaurants, there is a buffet lunch and dinner at the Difu Hotel, and there are loads of street stalls with local fare.

If you like Hong Kong Tea restaurants there is a Cafe De Coral near the crossroad of Zhenzong Rd. and Huaqiang North Rd.

Looking for something a little healthier with WiFi and relaxed seating, try Ajisen Ramen, the Japanese noodle chain, located one floor above Burger King.

At MAOYE Department Store (茂业百货) there is a large food court on B1, there are endless snack shops through the underground Huaqiang North Metro Commercial Street (华强北地铁商业街), and 9 Square Mall  (九方购物中心) has fast food, casual, and higher-end options.

For accommodation, it is hard to beat Huaqiang Plaza Hotel as it has a prime location and it’s quite comfortable. Also, see my list of the top 15 hotels at Huaqiangbei.

Should I buy in Hong Kong or Shenzhen?

That’s a question that gets asked a lot. To put it very simply, buy brand name electronics in Hong Kong and everything else in Shenzhen. Laptops and PC equipment will not only be cheaper in HK, also you will get English software and material, as an example most Windows PC’s and Laptops are locked to Chinese language and you need to pay to upgrade and install language packs which negates any saving. Just buy it in HK.

If it’s not brand name goods you are looking for, or you are a maker seeking components or wholesale volume, then Huaqiangbei is the right place to be.

Metro is by far the easiest with the area being extremely well connected.

There are three options now

Simply show the driver either

华强广场 (Huaqiang Plaza – which is in about the middle)

Here is a link to a Baidu Map of the area (CN) and a Google map. 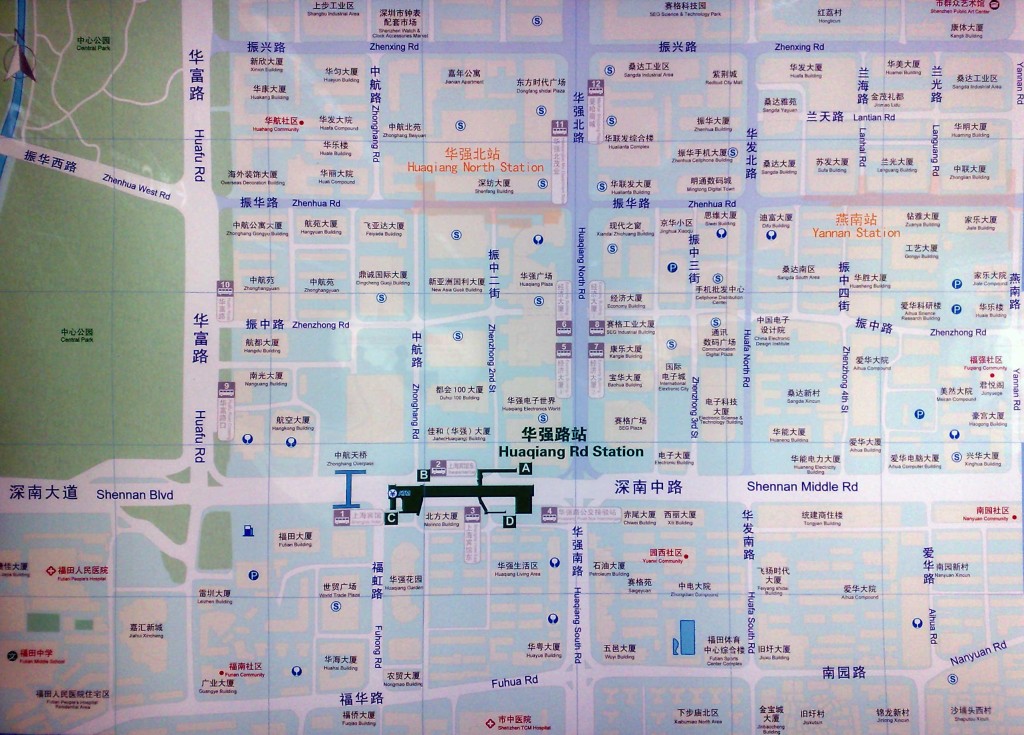